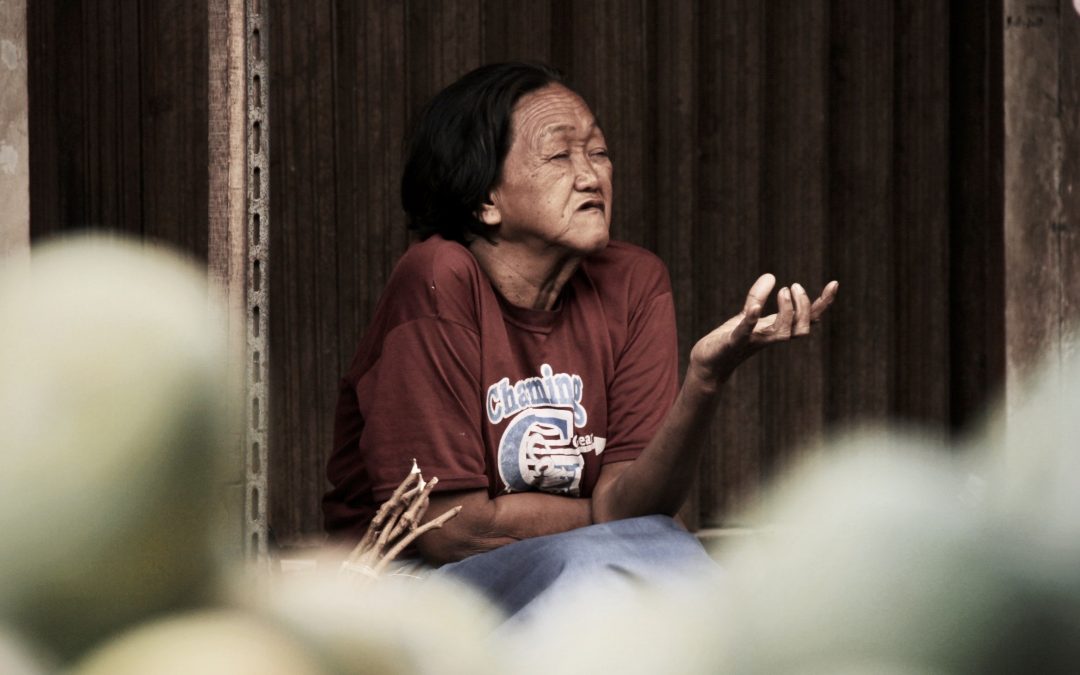 Child and spousal support are two of the most well entrenched aspects of family law. But what about the support of the other most important class of the family structure: the parent? One would expect that as the aging baby-boomer population in Canada reaches its advanced golden years, the financial needs of our elderly population will become of growing concern.

Wouldn’t it be interesting if there were a mechanism built into our family law system that required the children of our elderly citizens to financially support to their elderly parents? What kind of socialist lark would that be? Well friends, allow me to introduce you to section 32 of Ontario’s Family Law Act:

Every child who is not a minor has an obligation to provide support, in accordance with need, for his or her parent who has cared for or provided support for the child, to the extent that the child is capable of doing so.

You read right. Under Ontario’s provincial laws (B.C. and Manitoba as well), the children of elderly people have the “obligation to provide support […] for his or her parent”. Parental support, just like child and spousal support, exists.

Also known in other jurisdictions as “filial responsibility”, parental support laws originate in a set of legislation made by the Parliament of England in the year 1601 known as the “Act for the Relief of the Poor 1601”, or the “Elizabethan Poor Act”. These laws came at a time of significant economic depression in England, and required children to be responsible for the financial care of their parents and grandparents.

Interestingly, it is believed that early American colonies adopted these aspects of the Elizabethan Poor Act, and as a result 26 American states have a parental support law as of current writing. In prior times, as many as 45 American states had such laws.

In Ontario, very few claims are advanced by elderly parents for support against their children. As a result, section 32 of the Family Law Act (“FLA”) is very rarely examined and is an underdeveloped law. Section 32 of the FLA has been interpreted as requiring the following three part legal test to determine whether parental support ought to be paid:

1. The parent has demonstrated the need for support;

2. The parent cared for or supported the adult child against whom a claim is now being brought when that adult child was a minor; and

3. The Court is satisfied that the adult child is capable of support.

An interesting narrative of a lot of these cases is that the children of these elderly parents who are responding to these claims for parental support often are apoplectic in their resistance to paying support. Quite frequently the children in these cases paint the elderly parent as being historically abusive, in-and-above the parental support claim being made. They tend to be very ugly.

If you’re still with me, let’s look at how each branch of the test has been interpreted by the courts.

1 – The Parent Has a Demonstrated Need for Support

The case law vaguely reflects an approach to “demonstrated need” that is similar to other need-based support, such as support for adult children. The courts appear to be looking for evidence from the elderly parent as to what basic and personal needs are not being met.

[The applicant mother] will have a very difficult time finding employment (other than the type she presently has) because of her age, now fifty-eight years, her lack of experience in the work force, her personality and the possibility that she may not be a swift learner.  Her present living situation is precarious.  Her ninety-two-year-old employer will not require her services much longer.  There is no guarantee that Veronica could find an equivalent position and, even if she did, it might not include a residence.  She could not subsist alone on her widow’s pension.  This is the type of situation in a functioning family where children would willingly support an aging parent.  [The applicant mother] also has health needs that she cannot afford.

2 – The Parent Cared For or Supported the Child

Interestingly, Justice Dunn in Bolsco 1993, supra, observed that there is no “fault-oriented ‘defence’” to parental support, suggesting that an elderly parent’s previous bad conduct to the child from whom parental support is being sought is not a relevant consideration, which is a theme that often arises in the court cases involving parental support.

Justice Dunn in Bolsco also appeared to treat the threshold for satisfying this second part of the test as particularly low, as he observed that the threshold appeared to be so low “that only those parents who abandon their children at birth might be excluded from this requirement”. Justice Dunn ultimately applied a modified objective test to determine if the threshold had been met, by asking ”What care and support for children would reasonably have been expected from a parent in the circumstances in which this family found itself?”. If the care or support given by the parent was unreasonable, having consideration for the factors which affect parenting norms, such as the parent’s culture, socio-economic situation, and the era in which the children were raised, then this second part of the test for parental support would be satisfied.

This approach appeared to have shifted by the 2016 decision of LFD v X, 2016 ONCJ 878, where the court drew an analogy to spousal support, which took into account the bad behaviour of the support recipient/applicant. The court held that “[a]ccordingly, an argument can be made that if parenting behaviours are relevant with regard to spousal support it seems only logical that parental conduct must be relevant when the child is being asked to provide support to his or her parent”. Justice Gregson held as follows:

I agree with the Respondent’s counsel’s argument that any child abuse or neglect, whether physical or emotional in nature, committed against a child by a parent demonstrates care or support so substandard that it falls far below the generally accepted norms.  Although basic needs were provided to the Respondent during her childhood by her mother which included a number of luxuries, clearly what went on behind closed doors as noted by the Respondent’s evidence was tantamount to emotional and psychological abuse and in my view does not meet the threshold of care or support as intended by s. 32 of the Family Law Act.

3 – The Adult Child is Capable of Support

The courts have also previously held that adult children are not required to sell assets in order to provide parental support (see Daskalov v Daskalov, [2007] OJ No 3428 (Ont SCJ)).

The dearth of parental support cases is quite interesting, and may tell us a multitude of things about the society we live in. Poverty among the elderly in Canada is presently at 6.7%, which is much lower than for children or the working-age population (see The Conference Board of Canada, “Elderly Poverty”,  https://www.conferenceboard.ca/hcp/Details/society/elderly-poverty.aspx?AspxAutoDetectCookieSupport=1). A recent Statistics Canada report released regarding COVID-19 and social support for seniors found that, while the amount of social support seniors have seems to correlate with socio-economic status, only 5% of the elderly in Canada reported having low levels of social support during the coronavirus pandemic.

There may also be a number of access to justice factors at play which prevent parental support claims from being brought en masse. To the best of my knowledge, Legal Aid does not provide certificates for elderly parents seeking parental support.

A final comment must be made on the overall legitimacy of parental support: does it make for just law and equitable outcomes? The pre-eminent Ontario family law voice Andrew Feldstein wrote an op-ed in the Huffington Post back in February 2012 (https://www.huffingtonpost.ca/andrew-feldstein/supporting-parents_b_989052.html), de-crying the very existence of parental support laws, writing:

Section 32 of the Family Law Act is fundamentally unfair. At first it may seem that there is a certain symmetry to the law: A parent supports the child and when they are old the child supports the parent. This ignores the fact that while a parent makes a choice to create a child (in most cases) a child does not pick their parent. Rather, this obligation is foisted upon them regardless of the relationship with their parents. Further, the law does not concern itself with how the parent came into their situation. The parent may have depleted their funds through their own poor choices. In some cases, the child is forced, by law, to pay for their parents financial failures. This law strikes the wrong balance and the state should not have the power to force children to support their parents. The child lacks the freedom of choice which could justify this mandatory obligation.

In reviewing the case law, I would be inclined to agree with Mr. Feldstein. The respondent children in each of these cases appear to vehemently reject having to support their parents, often on grounds of alleged historical abuse by the parent. If one were to take for granted that the claims of abuse of the respondent children were true, then a mechanism which enables people to use the family court system to further torment and abuse their children would be intolerable.

Another glaringly obvious point would be that most people who have the means would not need a court order to support their parents who can demonstrate clear financial hardship. That the law requires people to do so, and yet so few actually chose to do so, only underscores how antiquated and superfluous Ontario’s parental support law is.

Cases Where Issue of Parental Support Considered in Ontario

Cases where parental support not owed: